Feras Al-Ghadban: The Syrian doctor who founded a medical organisation in Lebanon

This month, I would like to talk about another success story of Syrians in Lebanon.

Two years ago, I met Dr. Feras Al-Ghadban, who uses his profession to serve and help people. He started his initiative in 2018, which later became a registered medical organisation in Britain called Endless Medical Advantage. Recently, he received an award for his special and unique efforts to reconcile people and parties in conflict. I met with him so that he could tell Hands Up more about his unique story. 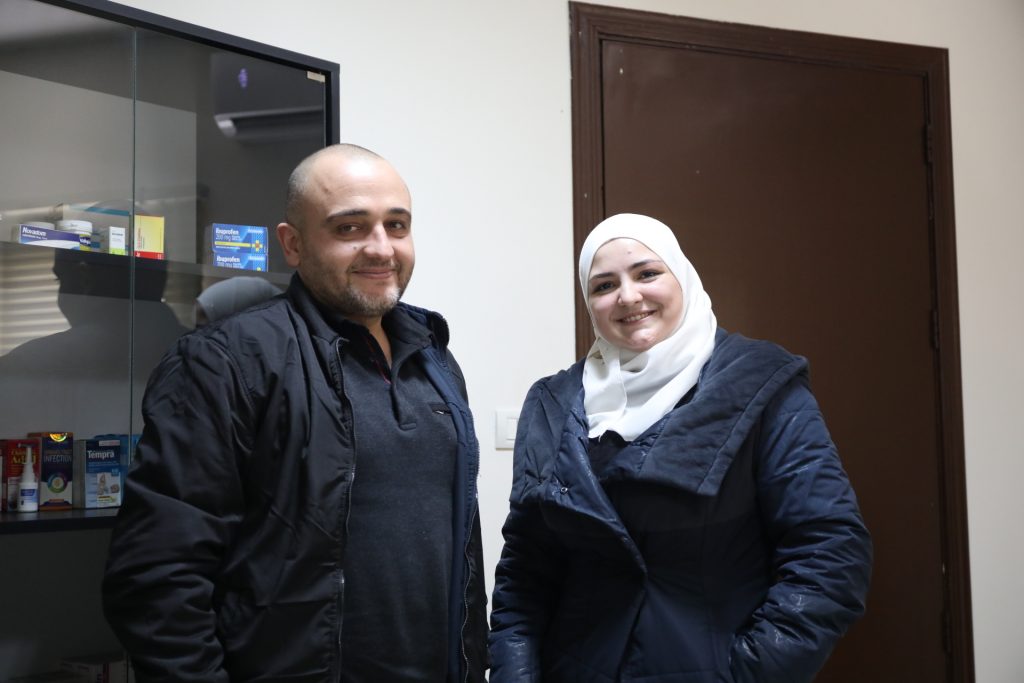 Dr. Al-Ghadban says: “The idea came from the urgent need of the refugees in the Bekaa camps to have a free and accessible mobile medical service that they would be able to reach. Most of the camps are far from medical centres, and the people there cannot afford transportation or treatment costs. That’s why I started going to camps to help the patients with checkups, diagnosis, and writing prescriptions. There were so many people in need of help that going to the camps wasn’t enough. Soon, people started coming to my house asking to be diagnosed, and before I knew it, my house was turned into a clinic. Of course, this put me at risk because, as a Syrian doctor, I’m prohibited from working in Lebanon legally. But people are in need, and there’s not enough help.” He continues:

At that time I knew Dr. Hadia, who came from Britain and saw my initiative and suggested the idea of mobile vehicle clinics. And indeed, we bought the first van and started our mobile clinic in October 2018. We also created a Facebook page to attract volunteer doctors and nurses, and sure enough, volunteers began coming to us from several countries. They helped us greatly in securing financing, as they worked with us and saw the great need for the continuity of our project. We also got some funding from our acquaintances from outside Lebanon. Recently, we started getting funding from organisations such as Choose Love to implement projects together and we have submitted to several local and international organisations to fund projects. We are awaiting their response. 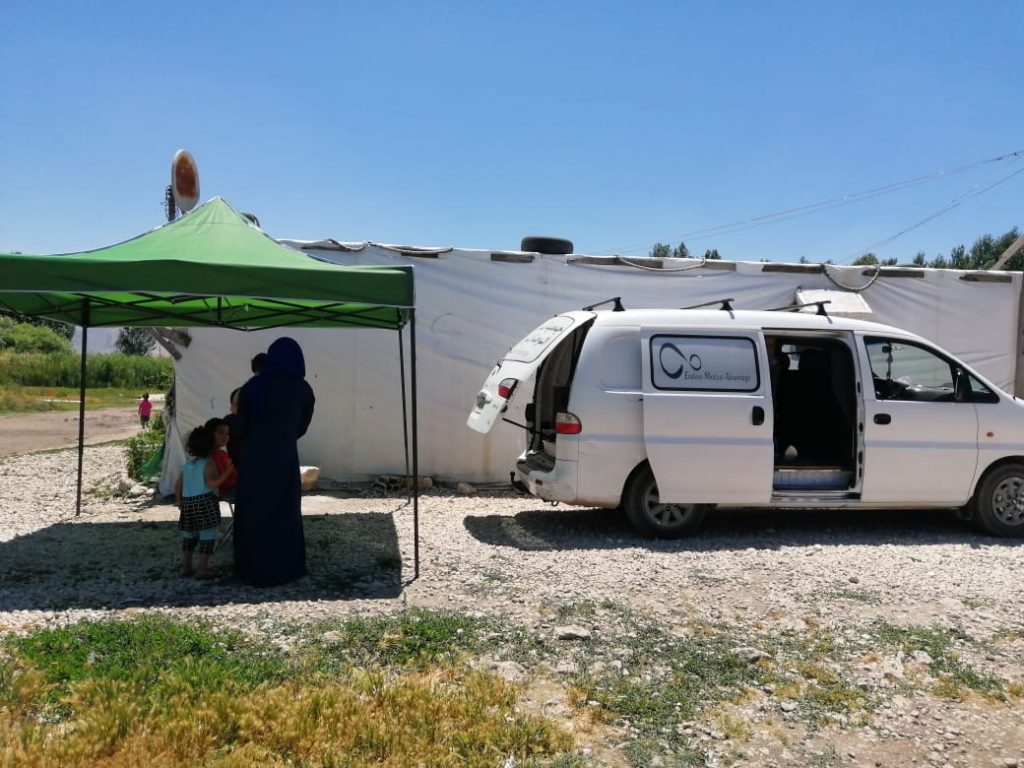 As for the difficulties we face, the biggest of them is that we have many Syrian volunteers who cannot work with us legally. It is difficult to obtain work permits from municipalities. It is also difficult to acquire medicines and the prices are high. To make things worse, due to low funding and the worsening economic crisis in Lebanon, we are struggling to cover the costs of all medical supplies and fuel. Although the funding is poor, we do not rely on it. Our team continues to work despite the circumstances and sometimes without pay because they have a mission and passion to help people.

Nonetheless, we’ve made plenty of progress. When we started, we were covering seven camps, about 3,000 patients, but now we cover up to 40 camps, with over 20,000 patients. Despite this, we only cover about 5% of the needs in the Beqaa camps. We have increased the size of our work team, and have been able to increase the quantity and types of medicines that we offer. Previously we were covering essential medicines only, now our patients rarely have to buy any medication. We were also able to implement several health awareness projects; we started with a dental clinic project, and we are currently working on starting a physiotherapy project. We hope to include other projects for medical analysis and x-ray services.

We have been able to establish a network of relationships with local organisations, such as the Molham Team, that provide medical services. We made agreements to direct people to them, to cover the costs of surgeries and other medical procedures. In addition, we cooperate with independent activists, both Syrian and Lebanese. We also communicate with the UN, to help people complete the requirements and paperwork that will help them cover up to 75% of the costs of their medical treatment. Of course, many cases are not covered by associations or the UN. These include chronic cases, such as thalassemia and cancer. These are sometimes covered by activists and charitable organisations.

We were able to register as an organisation in Britain and to open a bank account there with the help of British volunteers. 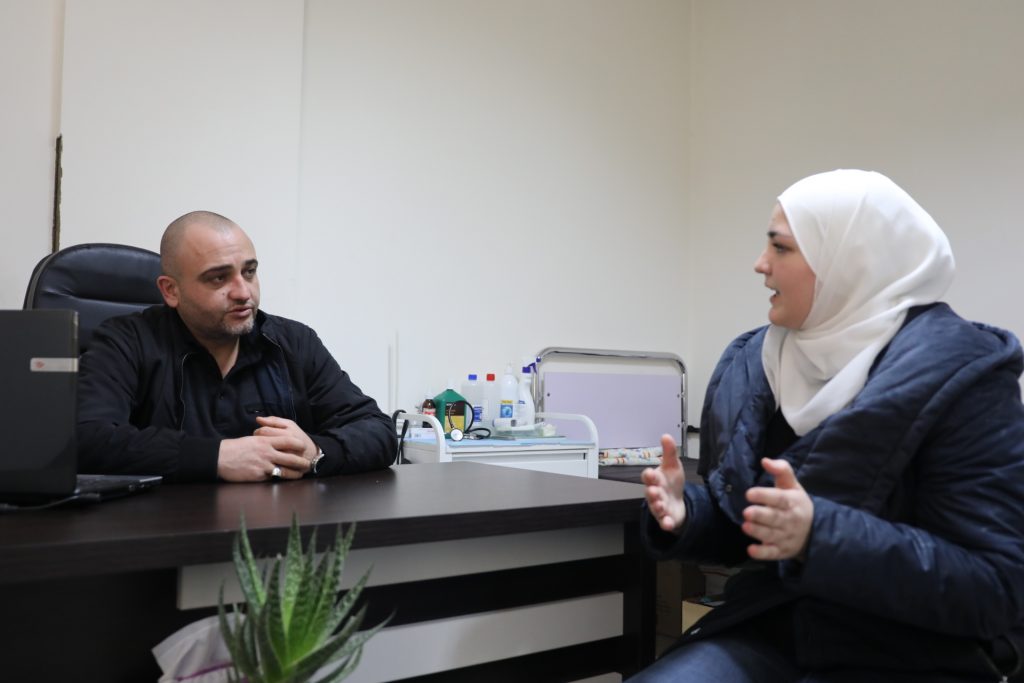 In October 2021, I was awarded the Sérgio Vieira de Mello Award in Poland, as a founder and manager of the medical organisation. This international award Is presented to individuals and non-governmental organisations for their activities for the peaceful coexistence and cooperation of societies, religions, and cultures.

Whilst the award was individual, I believe it is more for the organisation itself and all the people involved. They are the ones who helped us reach where we are today. I credit all my success to our team. Without their help and support, we never would have made it, and we never would have received such an award. Of course, this award was a huge surprise to us. It gave us a lot of motivation and hope, that there are people out there who still care, and that the Syrian issue is not forgotten nor ignored.

What’s next for Endless Medical Advantage?

As for the future of our organisation, our vision is to develop our business. We seek to expand and cover more areas, to help create more job opportunities for those in need, and most importantly, to continue to help as many people as we can. Personally, I wish to have more branches in Lebanon and around the world, wherever people need us to be . 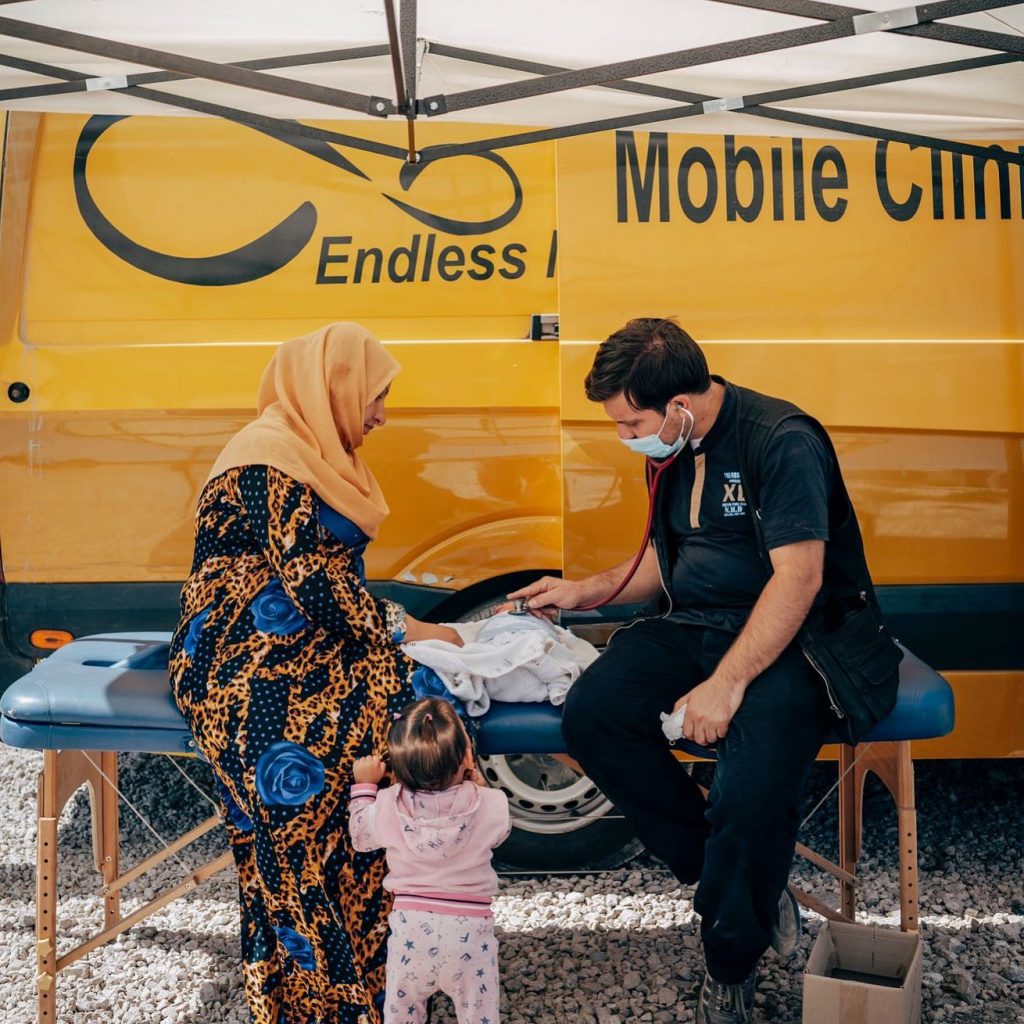