Providing prosthetics to children in need across the world 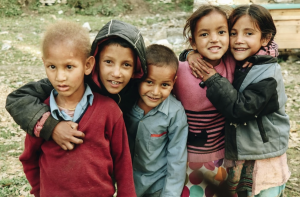 Three years ago, Rose Lukas of the Hands Up Foundation (Hands Up) visited one of the partner medical clinics that Hands Up had been supporting.

In Reyhanli, on the Syrian Turkish border, she met Osman who had lost his arms below the elbow in an airstrike four years previously. That day he was having a new mechanical prosthetic fitted. The thumb was operated by a wire attached to his shoulder blades and would allow him to grip and hold things.

A single prosthetic arm like this, costs around $800 – a small price to pay for opposable thumbs and some independence. But there is a long waiting list for prostheses; as well as the services traditional protheses need for fitting, rehabilitation and monitoring.

It becomes ever more challenging when people are constantly having to move to seek security, a clinic is closed down or even destroyed, and health staff change. It is all too easy to lose track of amputees, and children less fortunate than Osman then may face a lifetime of disability.

ATScale, the Global Partnership for Assistive Technology (AT), launched in 2018, estimates that over one billion people need at least one form of AT such as wheelchairs, glasses, hearing aids or prostheses – but over 90% do not have access to the AT they require.

As a result, the AT partners recognise that the affected individuals can experience:

**Isolation and exclusion from education, work, family and community life

**Increased costs and lower incomes, leading to higher risks of poverty and unrealised economic potential from the individual to the country level.

Increased costs and lower incomes, leading to higher risks of poverty and unrealised economic potential from the individual to the country level.

A humanitarian crisis leaves these people even more vulnerable and their numbers increase as a result of traumatic injury. For someone like Osman, more readily accessible prostheses, and designs that are easy to fit and more comfortable, could make all the difference.

Back in 2016, the number of amputees in Syria was estimated to be over 30,000. Since then continuing conflict and the lack of safe havens has led to some estimates being as high as 80,000. That is just one conflict, as there is no end in sight nor hope of support for many that have lost limbs.

A new type of prosthetic

The team at Mitt Wearables has designed a new type of prosthetic that’s lightweight, flexible, more comfortable and adaptable and which could open up the possibility of equipping all upper limb amputees in any humanitarian aid zone with a prosthetic.

Fitting a Mitt takes only minutes and can be done by unskilled aid workers, friends or family, without specialist clinicians.

Minimal training is needed for either the person fitting the Mitt, or the user. A single aid worker could supply and train roughly 15 amputees each day, meaning a team of five could fit the prosthetic sleeves to around 2,000 people in a month. Five occupational therapists might only expect to train around 25 to 30 people with traditional prostheses over the same period.

It is early days, with trials of the first sleeves underway in the UK for different children, but we are exploring ways to make the same service available worldwide – from specialist prosthetics clinics to field centres in refugee camps – where they might empower a young child like Osman to be more self-reliant and lead a more fulfilled life.

The goal of of ATScale is to catalyse action to reach 500 million people with life-changing assistive technology (AT) by 2030; we want to be part of that ambition and contribute to their vision to enable a lifetime of potential where every person can access and afford the life-changing AT they need.