Today – 12th April – is the first day of Ramadan – the most sacred month in the Islamic calendar. A time of selfless giving and acts of kindness.

Ramadan begins this evening where Muslims worldwide begin a period of fasting, prayer, reflection and good deeds which, this year, will last until the 12th May. (The beginning and end of Ramadan are determined by the crescent moon – from one sighting to the next).

During Ramadan, Muslims try to give up bad habits by praying, spending time with family and helping people in need. Mainly they fast from dawn to dusk abstaining from food and drinks, including water. It’s believed that fasting enforces feelings of empathy for the poor and hungry.

Ramadan has great significance to Muslims. It is believed that the angel Gabriel appeared to Prophet Muhammad and revealed to him the Qur’an in a night called Laylat Al Qadar—or the “Night of Power”—that occurred during Ramadan. 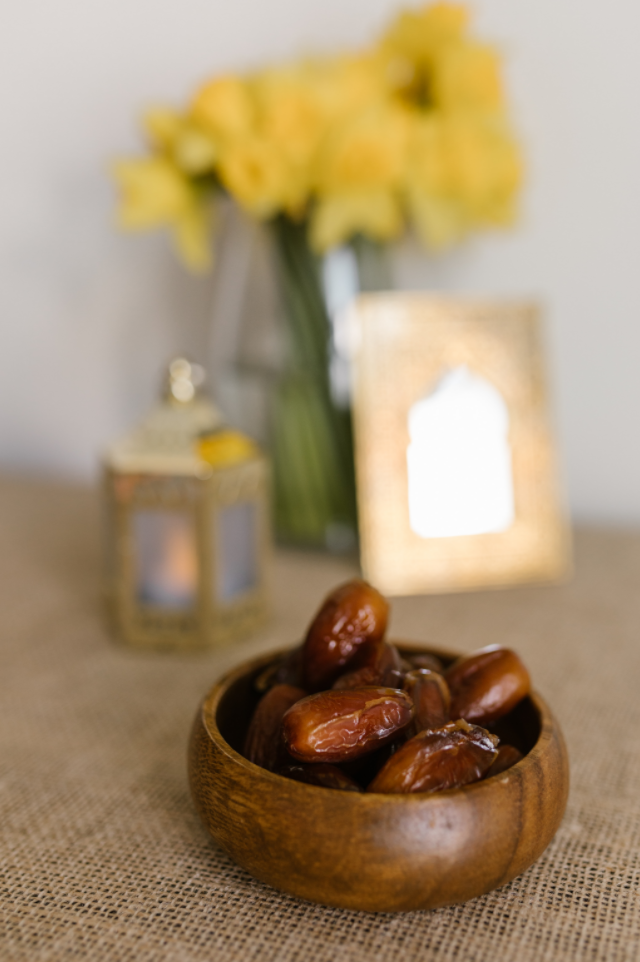 Before starting the daily fast, Muslims have one meal before sunrise, (known as suhoor), and another meal after sunset, (known as iftar). Muslims eat dates – the sacred fruit – to break their fast as they’re rich in nutrients, easy to digest, and provide the body with sugar after a long day of fasting. Prophet Muhammad’s iftar table always had dates!

In the final ten days, leading up to Eid Al-Fitr (Festival of the Breaking of Fast – a big celebration to mark the end of Ramadan), Muslims across the world practice charitable giving to support the poor and those in need. This is called ‘Zakat’ and is one of the five pillars of Islam.

Eid Al-Fitr is a celebration that lasts for three days. Muslims attend the Eid’s main prayer in a mosque and thank Allah for the strength He gave them throughout the month. All dress in their finest clothes, give gifts to children, and spend more time with their friends and family. It’s a wonderful celebration full of noise, colour, generosity and happiness! 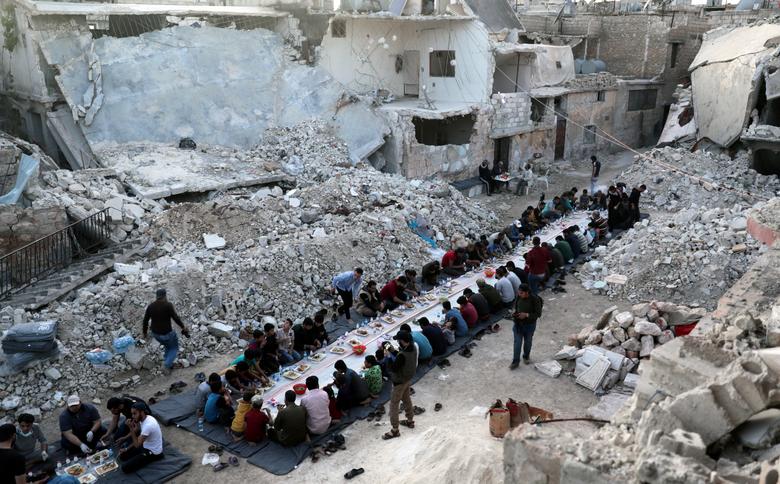 Join us in the celebrations and donate for hope and for a better future for Syria.

Jessica is our Campaign & Communications Manager and has years of experience in publishing and events. Following a year in Paris after studying at Manchester University, she returned to the UK to work in publishing at Time Inc UK for a wine magazine. Her next stop was Australasia for two years to continue working in wine and content. Jessica started by volunteering at Hands Up's Syrian Supper Clubs in London, before joining the team in September 2019 part-time to lead on Singing for Syrians.