Stories from a teacher in Lebanon – Melie Pemberton 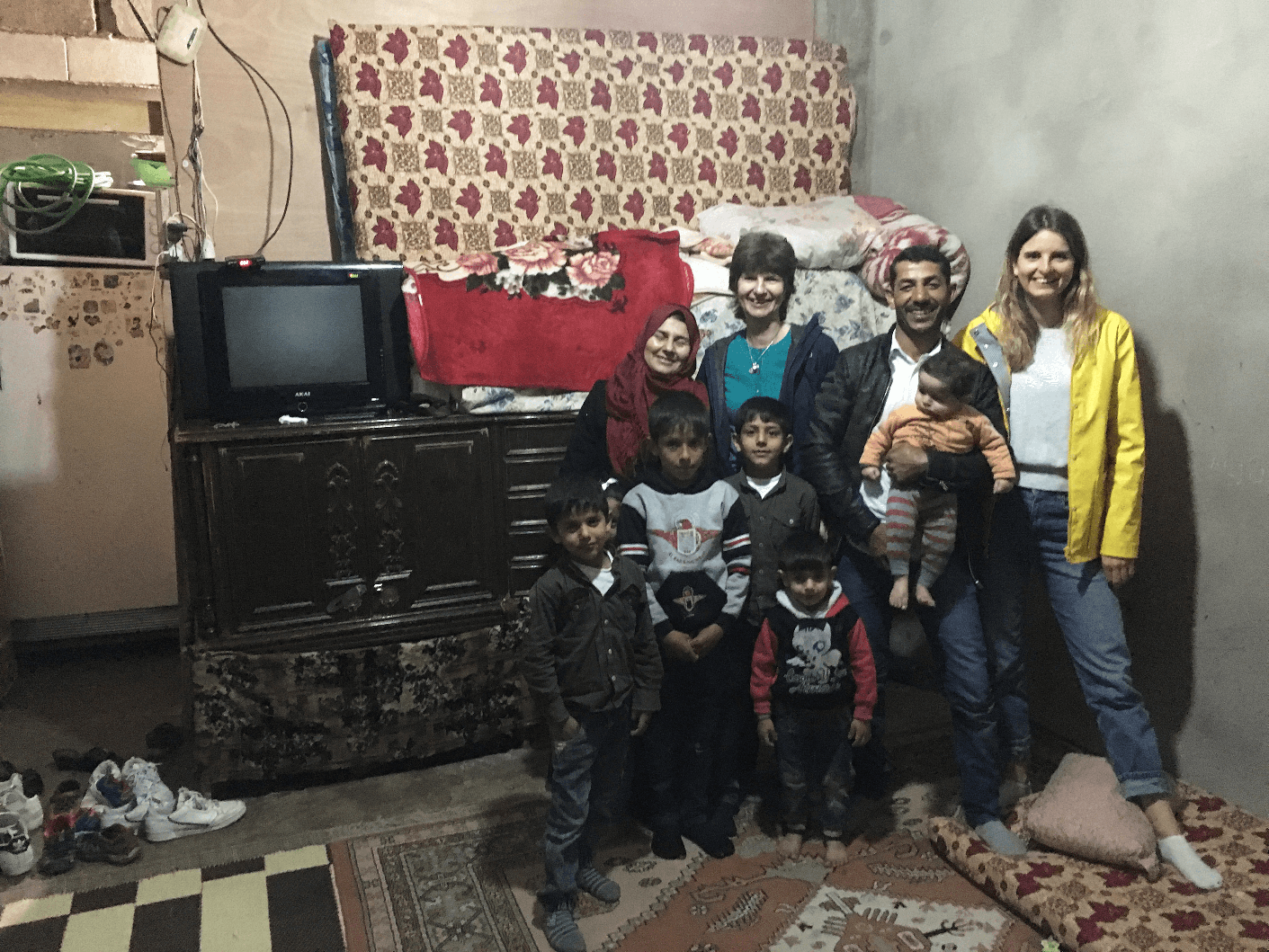 This is a picture of one of the lovely Syrian families I met whilst working in Saida. I met Ali and Lina through teaching the men’s and women’s English classes, and subsequently we have become very close friends. Mohamed, who can be seen in the middle of the picture, is aged nine and is an incredibly intelligent and engaged young man. He is Ali and Lina’s oldest child and he was born in Syria months before they had to flee. He came top of his class at the end of the school year and is also very talented on the football pitch.

Almost daily, Ali and Lina would invite us to join them for tea in their house, including when my family came to visit. Thanks to their incredible hospitality and generosity my teeth are now beginning to fall out; Syrian’s seem to like excessive amounts of sugar in their tea! Ali works a number of jobs in order to support his immediate family, but also to send money to his many family members who are still in Syria. In addition to this, he also attends English classes three evenings a week and does other freelance work when he can; his only day off being Friday. Lina, likewise, has her hands full raising their five beautiful, but highly majnoon (translation: crazy) children and she also attends computer and English classes when she can.