Thousands of Syrian children in Lebanon dream of a real education

The education system in Lebanon is at risk of collapse, with devastating consequences for children, according to a current report from Human Rights Watch.

The authorities’ woeful planning failures have aggravated the impact of the country’s financial and Covid-19 crises, and increased the likelihood that hundreds of thousands of children, and especially Syrian refugee children, may miss out on education for the third consecutive year.

After nearly two years of being cut off from education, students were scheduled to return to school at the beginning of the new school year in September. However, teachers went on strike because their salaries lost over 90% of their value in the ongoing economic crisis. This pushed the start of the school year in public schools from 27th September to 11th October.

I met 17-year-old Syrian girl, Jinan, while volunteering with Borderless NGO, where she was a student and a volunteer as well. I asked her to tell me about the current situation for herself and her peers. 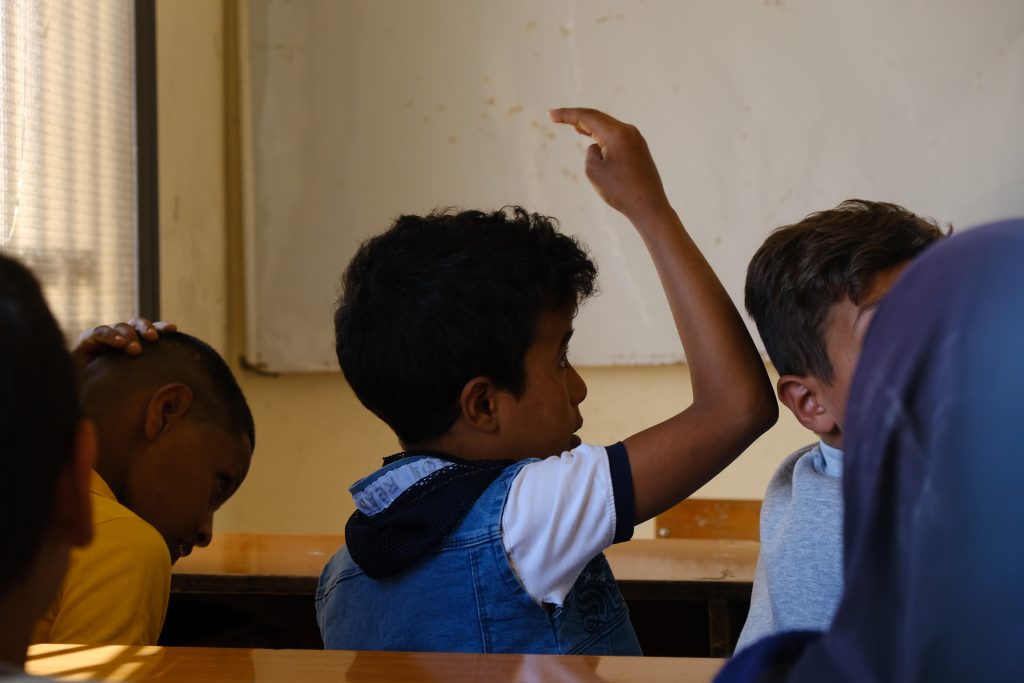 Jinan said: “I moved from Aleppo to Lebanon with my family in 2013, but we didn’t enroll in school the first two years because my parents were concerned about violence and racism towards Syrians. I later enrolled in Syrian schools twice but each time the school would stop after a while.

After that, I joined Borderless NGO because they had a program that qualifies Syrian students to enroll in official schools. I stayed with them until they moved me to a school giving intensive classes for dropouts. I was supposed to finish three years of education each year, until I could reach the grade level appropriate for my age. I started in 4th grade but then coronavirus spread in Lebanon, schools closed due to quarantine, and there were no online classes. So I missed my chance again.

A year passed without me studying, until the Borderless NGO classes reopened. Now I’m preparing to take a test to determine my grade level in order to enroll in a school without intensive programs. I’m 17 years old and if I go back to school, I’ll be in 5th or 6th grade and I don’t have a choice in the matter.

Another option for me would be to enroll in a private institute and apply for a brevet certification “grade 9” on my own, but this would be very expensive and a huge burden for my father under these difficult circumstances.”

Jinan continued: “As for my siblings, I have two sisters aged 16 and 19 in the same situation as I am, and four younger siblings aged 7 and 13 still in elementary school. They studied online last year and it was a very hard and frustrating experience. We only had one phone and couldn’t afford to get another one. We also couldn’t always charge it because the electricity wasn’t available most of the time.

This year, with all the crises we’re experiencing, my dad was considering not putting my siblings in school because the fees are too expensive and the public schools haven’t opened up yet for Syrians. But in the end, he refused to settle for a cut-off education for his children, and he is determined to put them in school eventually.

Of course, there are difficulties, since everything keeps getting more and more expensive. Transportation costs have increased dramatically due to the fuel crisis, there are high prices for books and school supplies, and electricity is not available for more than two hours a day. Most of the time my siblings have to go outside and sit in front of the house to do their homework by the lights on the street.” 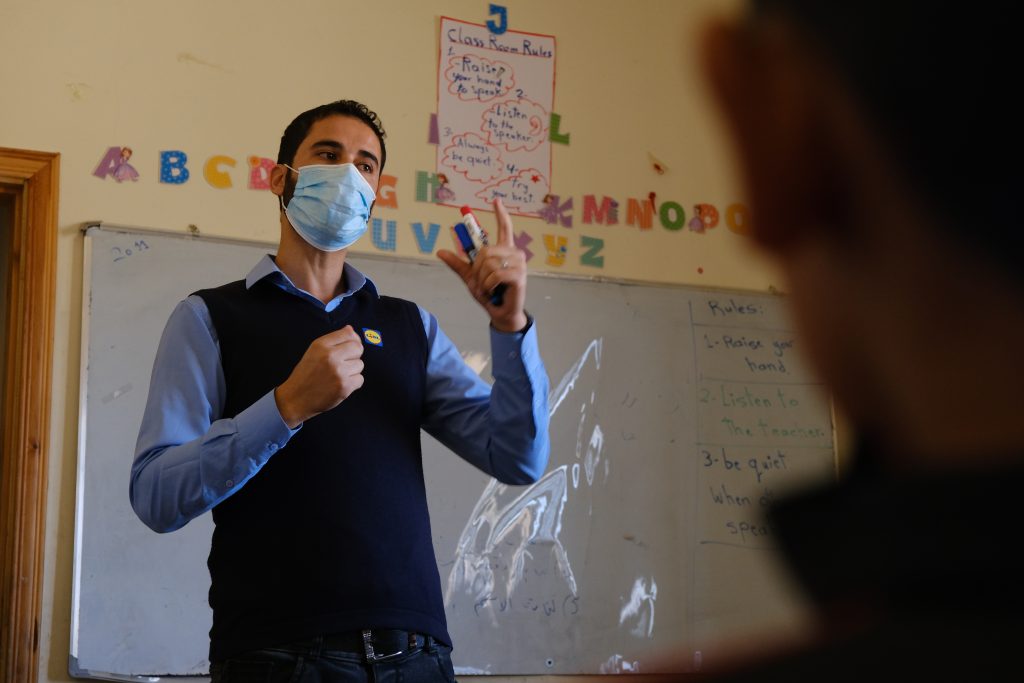 According to recent reports issued by UNHCR, WFP, and UNICEF, Syrian children bear the bulk of the burden of the crisis in Lebanon, and 30% of them between 6 and 17 years old have never attended school.

As for the students enrolled in school, a third of them, around 700,000, did not receive any education last year, while the other two-thirds, around 1.3 million, received very limited education. There were prolonged school closures due to Covid-19 and the Beirut port explosion, which damaged 163 schools. Not to mention that most of these students had no access to electronic devices, nor internet, nor electricity, to be able to attend online classes.

International donors provide $300 million toward education in Lebanon annually, and additional funds were given to repair the schools damaged in the Beirut port explosion. But donor funds cover only a fraction of the need.

Without doubt, the educational fate of children in Lebanon, especially Syrian children, has become not only threatened but seriously damaged. The negatives outweigh the positives, and there is no solution or hope in sight; nothing but anxiety, fear and suffering. 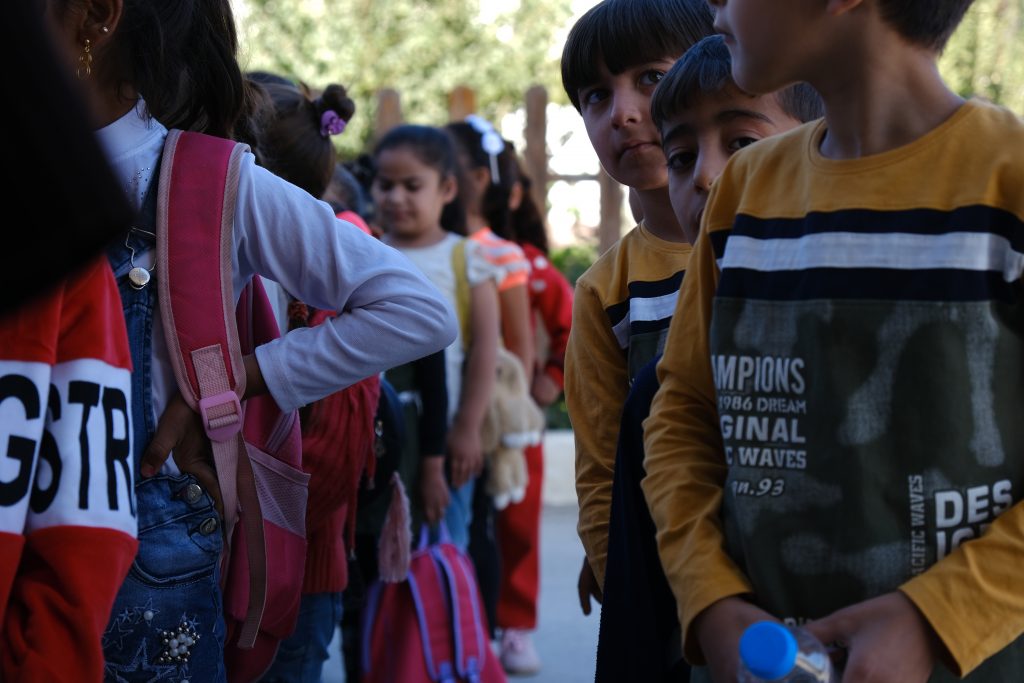