Recently in Lebanon, the situation of Syrian refugees has become steadily worse due to the failing economy and instability. One of the hardest problems facing women is “period poverty”. Due to inflation and extremely high cost, women aren’t able to buy pads, and instead, resort to using pieces of fabric which can be unsanitary.  Pads should be considered a necessity and a basic human right. This is what pushed me, as a woman, to write about an amazing initiative, “WingWoman Lebanon”. The initiative was started by my good friend Meelie, a former blogger at Hands Up, with a group of refugee women in Lebanon. Several of the women working on this project have shared with me the background and the details of their endeavour.

How did the idea start?

Amina says: “We met Meelie two years ago during a project that my friend Rima and I had founded at that time, called Simsim, which teaches foreigners how to cook Middle Eastern food. After that, Meelie suggested the idea for a project upcycling discarded fabric. She secured funding through donations from people in England and an organization in Holland, who were kind enough to provide used fabric, sewing machines and supplies. At the beginning, we were making bags, toys and masks, and then eventually, pads. Meelie brought a sample from Britain where such pads are used by many women to combat waste, since disposable pads take years to decompose, and pose a health risk from the chemical substances used in their manufacture. We used the sample to design a perfect pad, and then to focus on making them.” 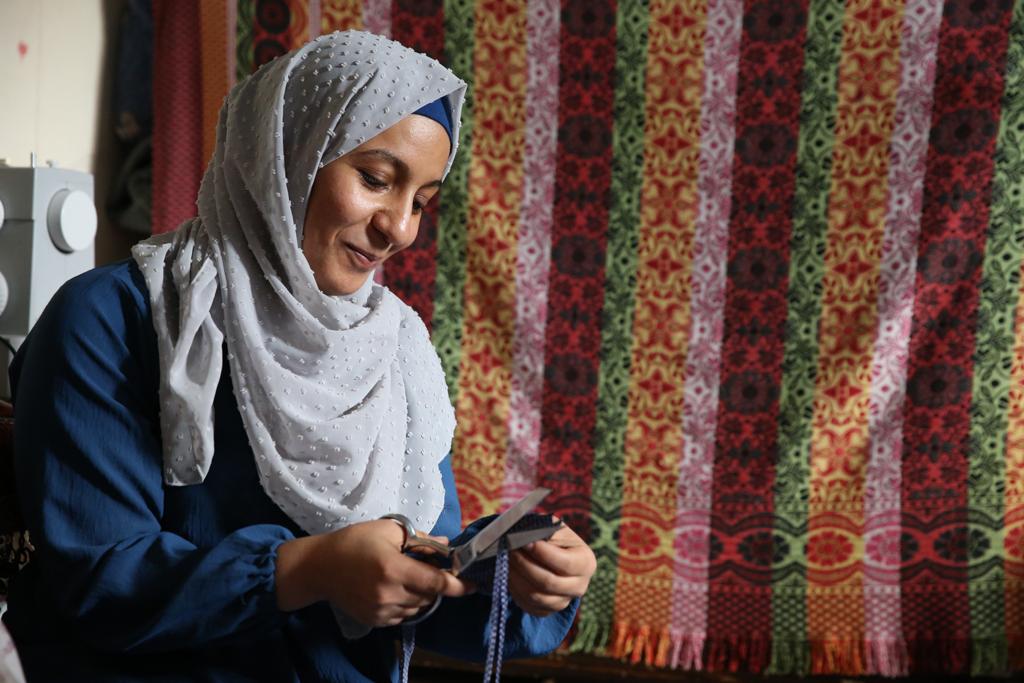 How does the project reduce period poverty?

“Since the beginning of the economic crisis in Lebanon, prices of pads have gone up by absurd numbers, now costing between 25,000 to 100,000 LBP, after being around 3,000 LBP before the crisis. With over half of the population living in poverty, thousands of women are in desperate need of a cheaper alternative. With the ability to be cleaned and reused for at least a year, these pads will give women and families a huge break, and make period poverty less hard for them,” Amina says. 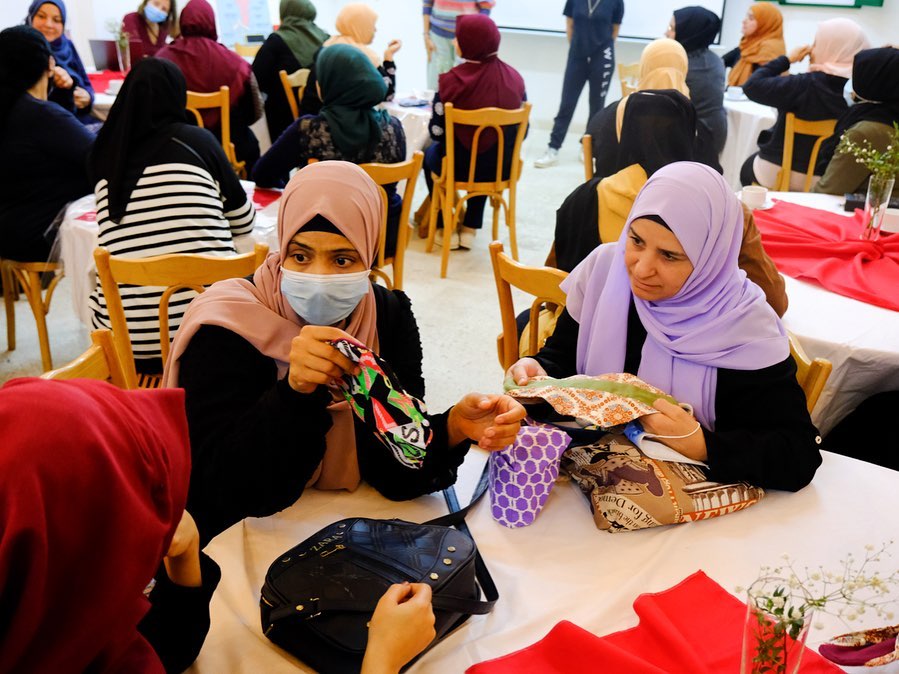 How can these pads be reused?

Rima told me: “The pads can be cleaned by hand, this is because we use fleece-lined cotton fabric which is very easy to clean with water and soap, and then left in the sun to dry.  They will then be ready to be reused safely. Last summer we cooperated with Jeyetna, a period-oriented initiative which held events in 21 areas around Lebanon. We distributed many of our products to women and explained to them how to use them. Our role is not only to make pads, but also to spread awareness of health and sanitary practices related to periods and pad usage.” 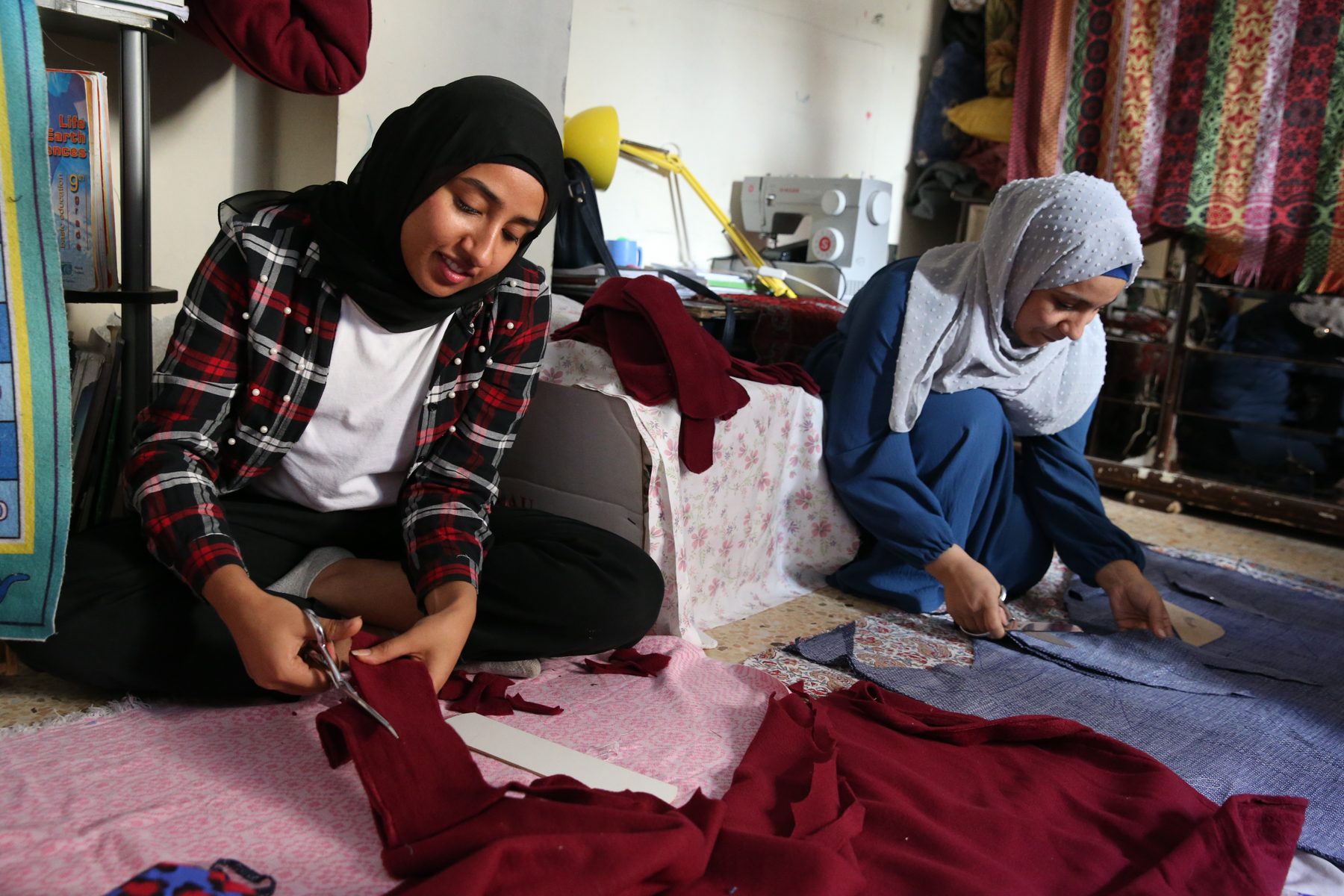 What is the background of the women employed in this project?

Rima continues: “I am delighted with this opportunity, and I hope that we will find support and funding to make the project grow and continue. Refugee women in Lebanon have little opportunity for income. We hope that more women will join us and find the help they need during these difficult times”. 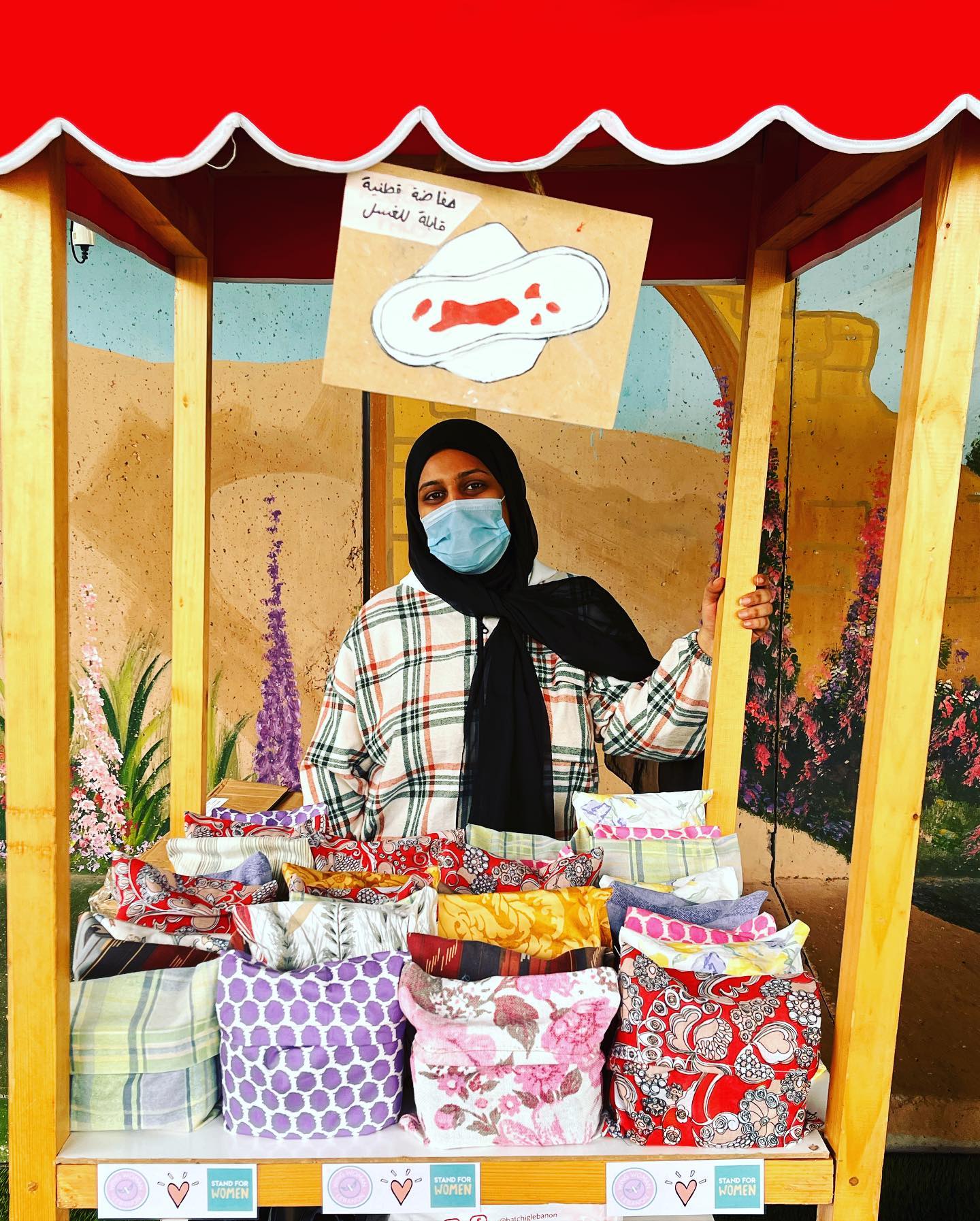 How do the women work and how are sales going?

Meelie explains: “Currently we are a team of nine women. Those making the pads work within their homes with costs for overhead such as electricity being covered. We are currently selling everything we make, with orders on a waiting list. This is exciting for us as it gives us the opportunity to expand and employ more women in our project. We are aiming to include women from all different backgrounds, which we hope will help build relationships between different communities in Lebanon.” 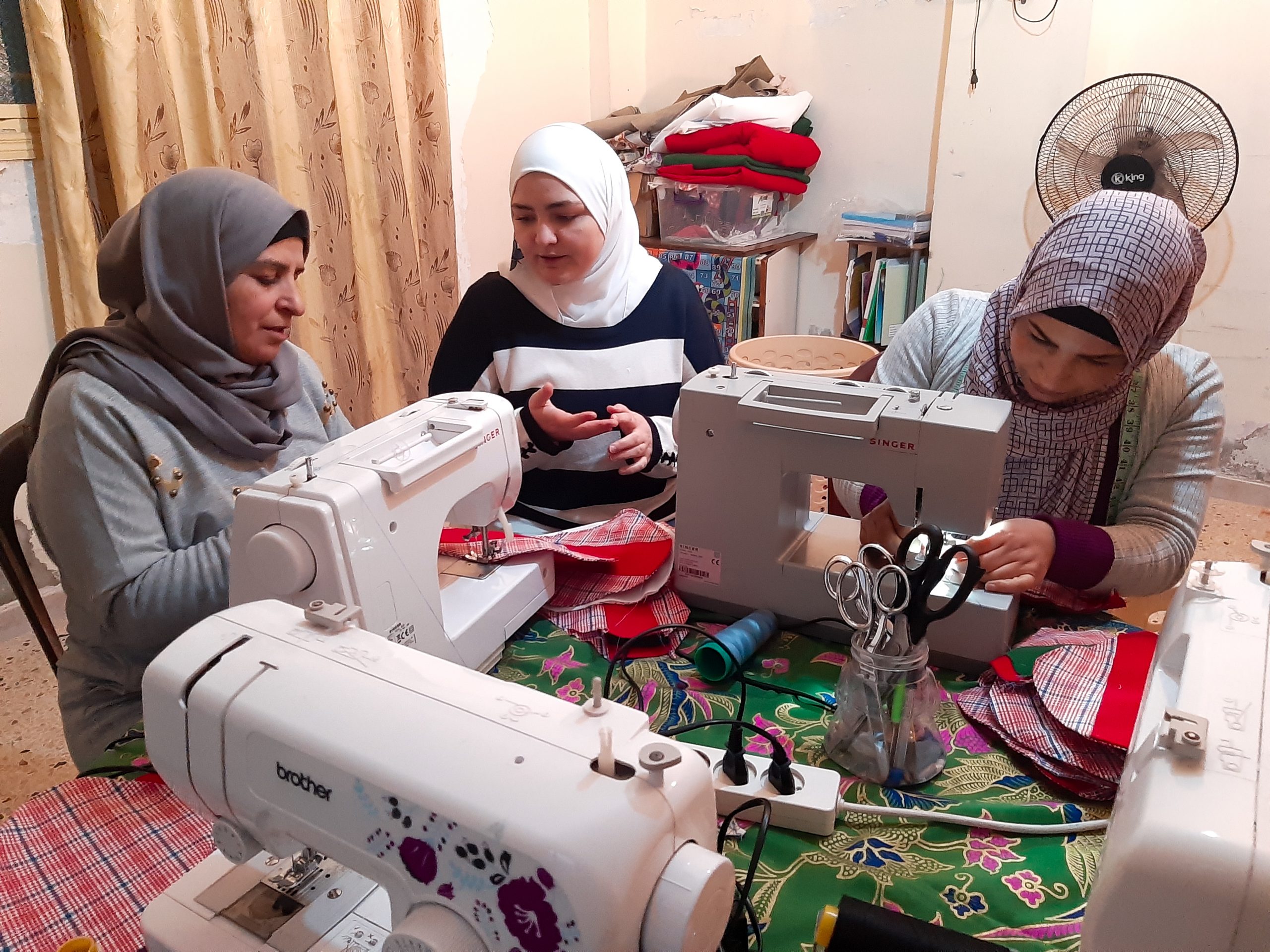 Meelie concludes: “Our pads are offered for sale in some shops in Beirut, but our main outlet is through NGOs and other organizations working to reduce period poverty. We have also started running awareness sessions alongside our distributions which are great fun for everyone involved.”